This is a Guest blog post by sales and sales management expert Chris Tully. 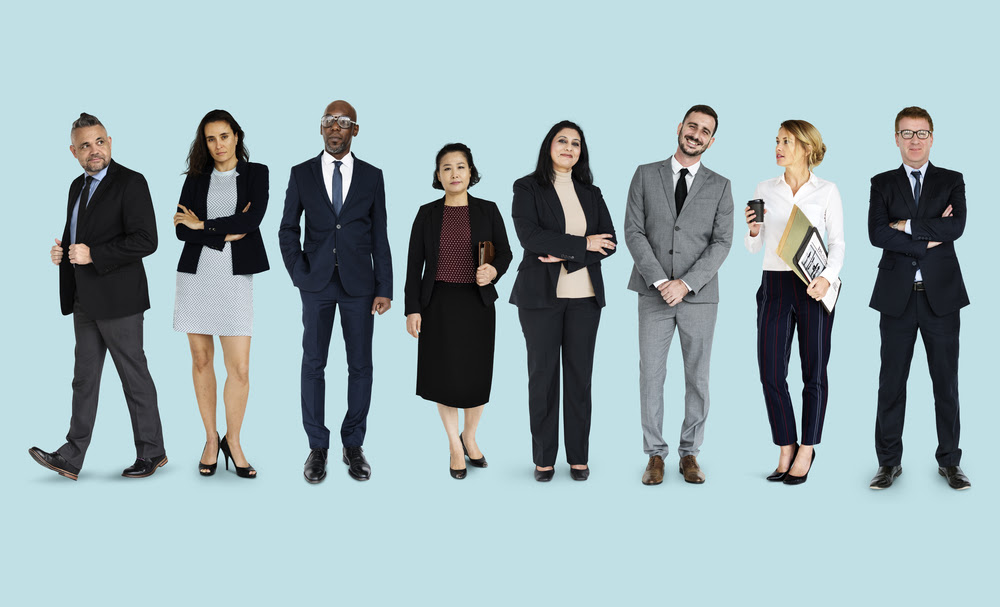 How to Hire a Stellar Sales Team to Accelerate Your Recovery

If there is a silver lining to the pandemic-related economic shut down, it is that a lot of excellent salespeople are now available and hungry to contribute to your business. The opportunity here is to rehire your best performers and then build a stronger team than before.

To hire a stellar sales team to accelerate your recovery, you need a plan. Here are some things to consider that will help you create an excellent hiring plan.

1. Are your business goals different than before the shut down?

In the past few months, you’ve had time to really think about your company. You may have revised your strategic business plan and reprioritized your goals. If so, take a look at your new focus and figure out, “what sort of sales power will get me there?”

As an exercise, picture your previous sales team. Imagine how they would – or would not – achieve your new goals, and what sort of salespeople you need going forward.

2. Are you clear about the sales role?

What is it that you really want your ideal salesperson to do day to day, and accomplish overall? What specific skills would that person need? Most importantly, be clear about the personal attributes of the ideal person to represent your business.

3. Are you willing to invest in a professional recruiter?

Sure, LinkedIn Jobs, Indeed, and other free job posts or low-cost ads will get responses. But you and your HR people will spend an inordinate amount of time sifting through a lot of junk to get to the few gems. Unless you’re adding entry-level people, don’t cheap out – invest in a professional recruiter, particularly if you’re looking for experienced sales professionals with a proven track record.

Talent recruiters screen against your hiring profile, verifycandidates’ work history, and validate their self-stated strengths and accomplishments. Recruiters also help you find employed candidates who are not looking for a job but who may be perfect for your business.

4. Do you have your sales incentive structure worked out?

Although it isn’t a jobseeker’s market right now, people are still going to ask how they get paid. That’s completely reasonable. As the job market strengthens, candidates who know their worth are going to hold out for appropriate compensation. In addition to your hiring plan, you’re going to need an incentive plan to attract and retain the caliber of salespeople you expect.

5. What third-party tool are you using to assess candidates?

Third-party assessment tools are a must with hiring decisions. Let’s face it – salespeople are often chameleons. They are trained to probe for needs, listen actively, and position their products (themselves, in this case) in the best possible light to solve your problem.

You need some objectivity to balance those impressions, especially if you don’t hire that many people each year. There has been a lot written about the cost of a bad hire, which I won’t repeat here. Get some help!

These are three salesperson assessment tools that I recommend:

6. Do you have an effective on-boarding process?

It’s important to have a well thought-out plan to get new sales hires acclimated to their role in your company. For that, you need to a road map that new hires can follow (as well as trainers) so nobody gets lost.

This last question is a trick one: the answer has to be “Yes.” You’ll want to take your time and think about the answers to all of the questions I’ve laid out, in order to hire superb salespeople. It’ll be so worth the time and effort when the right team propels you to reach – and exceed – your goals.

Chris Tully is Founder of SALES GROWTH ADVISORS. He can be reached at (571) 329-4343 and ctully@salesxceleration.com

“For more than 25 years, I’ve led sales organizations in public and private technology companies, with teams as large as 400 people, and significant revenue responsibility.
I founded Sales Growth Advisors to help mid-market CEOs execute proven strategies to accelerate their top line revenue. I have a great appreciation for how hard it is to start and grow a business, and it is gratifying to me to do what I am ‘best at’ to help companies grow faster and more effectively.
Let’s get acquainted. I am certain I can offer you an experienced perspective to help you with your growth strategy.”

This is a Guest blog post from Mark Haas.

We use various forms of communication to inform, entertain or influence. Depending on intent and circumstance, we may use various technologies to send and receive. Voice, gestures, hand signs, smoke signals, radio, email. The availability of technology offers new ways to communicate that are offered as improvements in speed, cost and convenience. However, while the purpose of communication remains, new transmission mechanisms often alter effectiveness and outcomes.

Specifically, the advent of email, text and video formats have disrupted communication from bi- or multilateral to a one-way broadcast. Expectation of a reply is no longer assumed, expected or, in many cases, even desired. I want to say what I have to say to not just a specific person, but to anyone who will listen — or at least receive my message.

But protocols don’t just involve technical, mechanical matters. They have to be used by everyone in the system. This means people have to appreciate their usefulness and use them. Just as Hyper Text Transfer Protocol (http) exists to facilitate standardized and efficient Internet communication, so too do social protocols facilitate interpersonal communication. If someone tried to set up a new Internet protocol, it would take time and effort to get people to adopt it, if they ever did. Similarly, using varying social and communication protocols would hinder, in some cases cripple, communication.

Argumentation is defined as the search for the truth (although the term has been somewhat corrupted lately to mean being disagreeable). Effective argumentation includes what is known as the burden of evidence (support what you say with presumably unassailable facts) and the burden of rejoinder (elevate the discussion when presented with facts by another).

This is what is being violated regularly, unwittingly at first and now possibly intentionally. It seems that social media only warrants a statement, unsupported by evidence when challenged, of one’s opinion. When challenged, the response is to attack, deflect or ignore. While not all discussions follow this pattern, one could draw the conclusion that social media is not a place to explore the truth. Argumentation has just become argument.

This is not miscommunication, where people do partially or wholly miss the meaning or intent of the message. This is more fundamental. It is the lack of desire by the sender for the recipient to respond. It is the lack of intent to participate as much as it is to send. How many people have asked to see a picture of what you had for breakfast? Are you expecting to engage in a dialog about it or are you just “letting people know?”

For purposes of this conversation, dancing refers to ballroom dancing. Two people are a team. Their activity requires cooperation and mutual intent.

They send messages through their eyes, voice and gentle pressure on hand, shoulder and back. Two well practiced partners (and they are called “partners” for a reason) move as one, each seeking to anticipate and respond to the other, in the interest of mutual understanding and enjoyment. Even a mishap can be accommodated easily by an attendant partner. The combination of two (or many) can be entertaining and inspiring.

Boxing is a contest between two adversaries, opponents, a challenger and a champ. The expectation of all who participate in, and observe, the contest is that one will win and the other will lose. Each has developed a plan to overwhelm the other. They trade punches with the desire that each punch will end the fight. Once the “knockout” has been delivered, the contest is over.

With such ease do we send a text, post a video or send a Tweet. We don’t even have to know who will receive our message, when they will get it or even if they will respond. And we are OK with this.

Can We Teach Boxers to Dance?

It has become easy to send a message without expecting a reply because we expect to be removed from an immediate social response. Without facial cues or body language, or immediate verbal/written response, there is no feedback that could effectively elevate the conversation.

We issue opinion, compliments or vitriol, sometimes not even knowing how our words will be received. Because of this disconnect, we often forget that we may have started a conversation. A conversation that might as easily be received as an invitation to argumentation as a sucker punch.

There is a difference between talking to an individual and to a crowd. Part of our challenge is to know the difference requirements in how we talk to each.

Another part is recognizing that our responsibility in a conversation is to assure our message is received as we intended, and that the conversation is beneficial to all parties.

I’d much rather interact with Fred Astaire or Ginger Rogers on the dance floor (if they’d have me) than Muhammad Ali in the boxing ring. I’d also rather have a deeper and insightful conversation than lobbing, or receiving, insults.

Let’s all learn to dance better.

Stephen Covey talks about “Sharpening the Saw” as the 7th Habit in his classic book The 7 Habits of Highly Effective People.  For Covey, this applies to individuals.  However, this Habit can easily be adopted by companies and organizations.

One of the best habits my Team and I have acquired over the past 3 years has been a continual improvement, or “saw sharpening” habit honed via my involvement and participation in a Forum of CEO peers.

After each of our monthly Forum meetings, we go around the table and share feedback by answering the following 4 questions:

4.  How could I have been a better participant?

The idea behind asking and answering these questions is that we improve the experience of each Member, as well as to improve the performance of our Forum group as a whole.

We have applied this at Lore Systems by making it a HABIT to ask and answer these 4 questions after EVERY meeting (standing meetings, staff meetings, sales calls, etc.), conference call and customer interaction.

The results have been phenomenal in terms of elevating the trust and collaboration of an already high-performing team.

Try it, and let me know how it works!